In my post The Tea That Chose Me, I described a surprising experience I had with a sample of a Raw Puerh I didn’t expect to like. I talked about how it seemed as though I didn’t find this tea but this tea found me. I couldn’t get it out of my head, it called to me, I inexplicably craved it. I resisted for some time yet slowly gave in to it’s summon and bought a whole brick of the tea.

Well… it has happened again and it’s a pleasure to be chosen by a tea. Once again, it happened with a much unexpected tea- a white tea called Nirvana White from a company that specializes in Nepali tea called Tealeaf (I believe this is the first tea I’ve had from Nepal). This time though, I didn’t resist as strongly as I had the last time and let myself succumb a little more easily. After all, I knew I’d regret it if I didn’t. 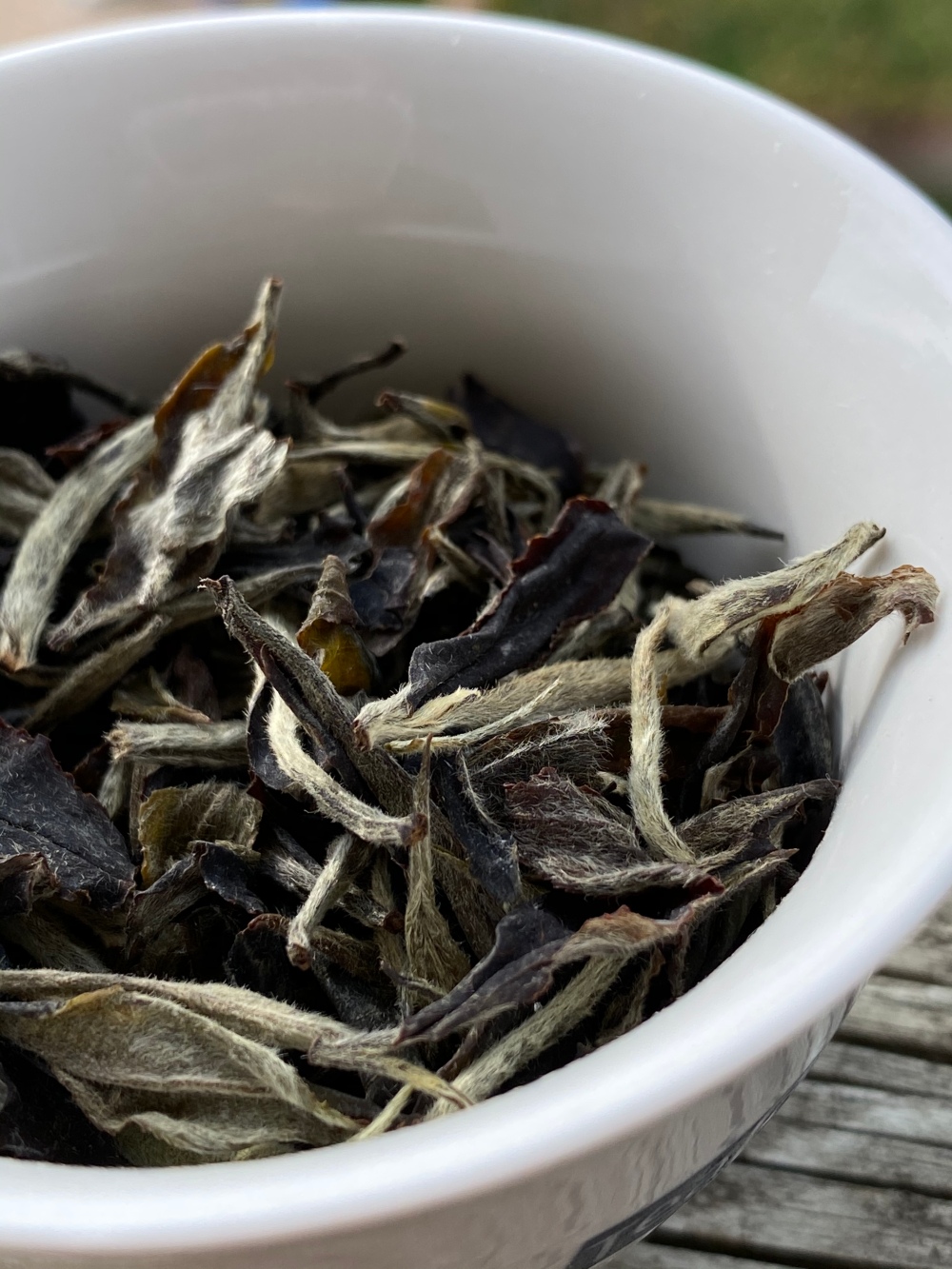 I love drinking all types of teas and tisanes and I’m learning that I shouldn’t be too quick to declare this or that as my favorite or least favorite category of tea because.. well, I’m always pleasantly surprised and just plainly proved wrong sometimes. I will say that I of course, am not a white tea expert but  I have tried several white bud teas like silver needle (Bai hao ) because everyone hypes up the little hairs and the minimal but delicate processing so much. Unfortunately, I have been sorely let down; perhaps it’s just because I let myself be too swayed by the advertising hype and had my expectations too high. I have also tried other types of white teas like white peony (Bai Mu Dan) that includes both buds and whole leaves which again, I wasn’t very excited about. The first white peony I ever had I actually didn’t like at all, I thought it tasted strangely rancid, but having had others afterwards I realized that perhaps the first one I had was old tea or simply not good quality. Anyway, that experience in particular sort of turned me off to white teas in general even though I had much better experiences afterwards.

It is a very rare day that I open my tea drawer and say “I feel like drinking a white tea today” I will admit that my white tea stash is definitely my least loved on thus far. So as you see, my relationship to white tea has been rather cold up until now. With the exception of shou puerh which I have still found no place for in my heart, white tea has kind of been the invisible, quite and shy child that I scapegoated and constantly pushed to the side for other teas. 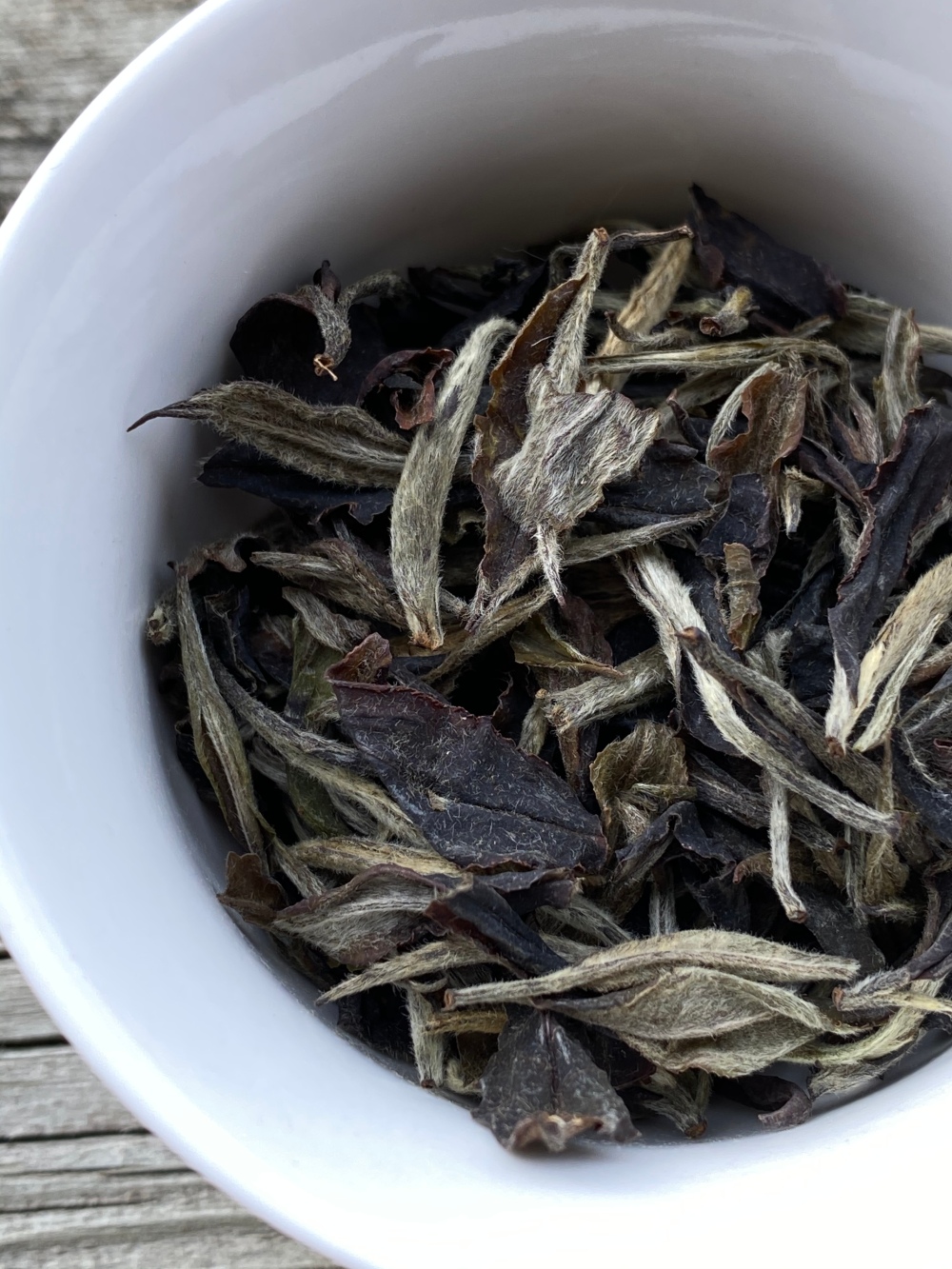 UNTIL… I had the privilege of going to the Chicago Tea Festival (Nov 1-3, 2019). Although the festival was three days, I was only able to go to one of them. This still was plenty of time to try new teas, meet amazing people and learn a lot about tea, I’m grateful I got to go! One day was also all I needed to get shot through the heart with a fuzzy tea bud arrow. Going around all the booths I had a the chance to taste many teas of all types, even a couple herbal tisanes. All of them were pleasant, which was expected, if you’re running a tea business you’re sure to brew up your best teas for the public to try! I was loosing my head with so many teas to taste and experience. I liked them all but none of them had really stuck out to me until I got to Tealeaf’s booth. They had a about 4-5 teas out to taste, even though I only had two of them, I didn’t need any more to know that they had some high quality teas to share. In particular, a lovely, bold, creamy, floral, smooth, white tea that I couldn’t get out of my head the whole time I was there. After trying a few more teas, I went back to buy a small package of this tea, however as I continued walking around, the presence of this tea seemed to only get stronger and persistent, gracing my soul and senses with a bouquet that was both gentle and assertive. That small package I bought was starting to look much too small. So… I went back and got the larger bag,  I was really planning to only get another small one but I was convinced to buy the larger bag which I do not regret. The name they gave this tea, Nirvana White, is most definitely fitting as drinking it most definitely was a heavenly, and enlightening experience. Enlightening to me personally, showing me that I can indeed LOVE white tea. That all my negative and average past experiences are redeemable and were in fact, presently, wholly and outstandingly already  redeemed.

The funny thing is that not too long before I had my first sip of this Nirvana White, I tasted another white tea from another booth. I was standing next to another festival goer who exclaimed that it was the best white tea he had ever tasted. I did not share his enthusiasm. I’m not saying it was bad tea, everyone experiences tea differently which is part of what’s amazing about tea. It is such a personal, individualized experience, like meeting new people, some people click, some people don’t, and that’s ok. I was not surprised at not being thrilled about the white tea, it was a pretty standard white tea experience for me and I was not expecting to be blown away by any white tea anytime soon. Yet a few cups of tea later I was proved ooh so wrong. If you’re new to tea, I encourage you to be open to experiences like these. When you least expect it a tea will find it’s way to you and you must not resist! 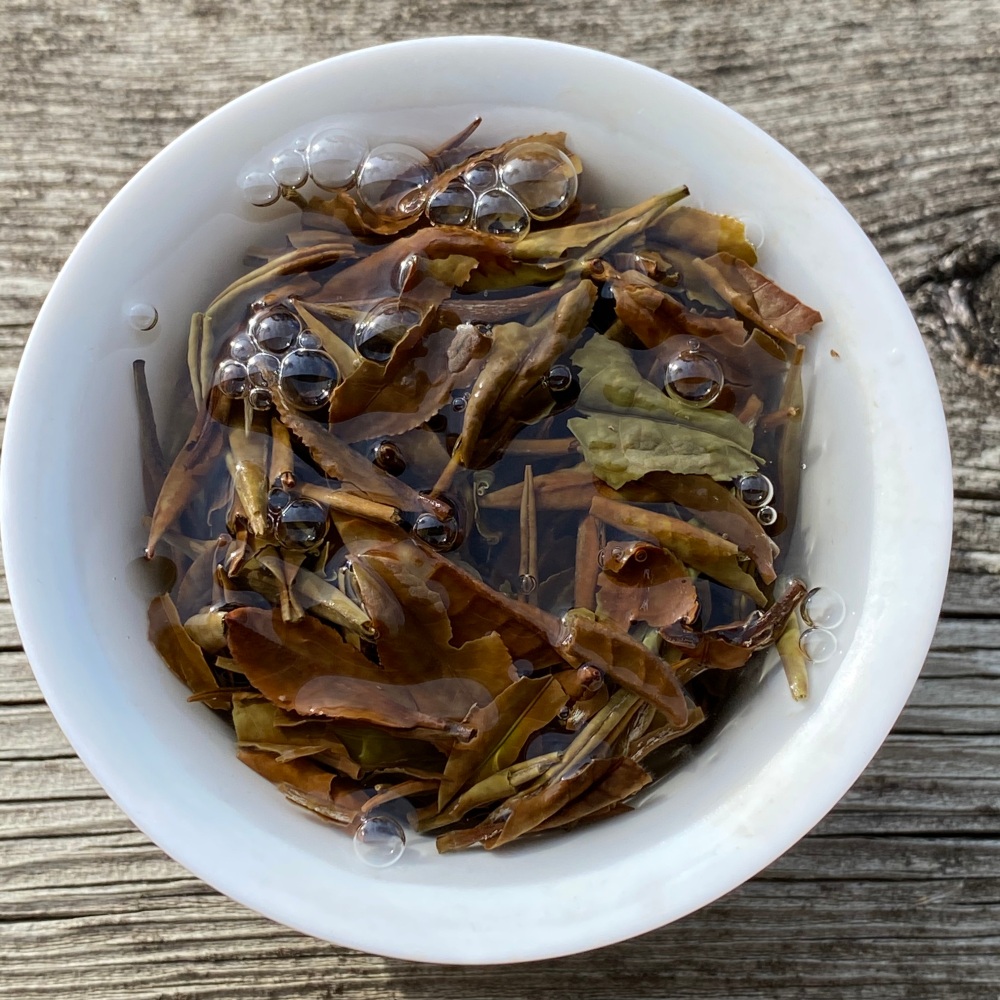 I remember in high school there was a girl I didn’t like… well a girl I thought I didn’t like, until one day I actually had a conversation with her. She treated me with respect, and seemed to even like me. After the conversation I felt conflicted, I enjoyed the conversation and I even felt like I wanted to talk to her again in the future. However part of me resisted the notion. I began to ask myself why I felt this way, why was I trying to find something wrong with her and with the conversation we had. I came to realize that I didn’t want to like her. For a long time, I held this specific notion of who she was and gave her harsh judgment. I condemned her based off of my made up character profile I ascribed to her. I knew I was the one in error, the problem was with me, not with her. Even if she did live her life differently, liked different things and talked differently than I did, I still did not truly know her. We didn’t become close friends, I don’t even think we talked again after that but suddenly my relationship to her was quite different. When I passed her in the hallway I didn’t cringe, I didn’t roll my eyes or shake my head disapprovingly. Instead I smiled, I may have even waved at her a few times. She was still who she was, nothing changed about her, but I changed. I decided to change and it made my life so much better. 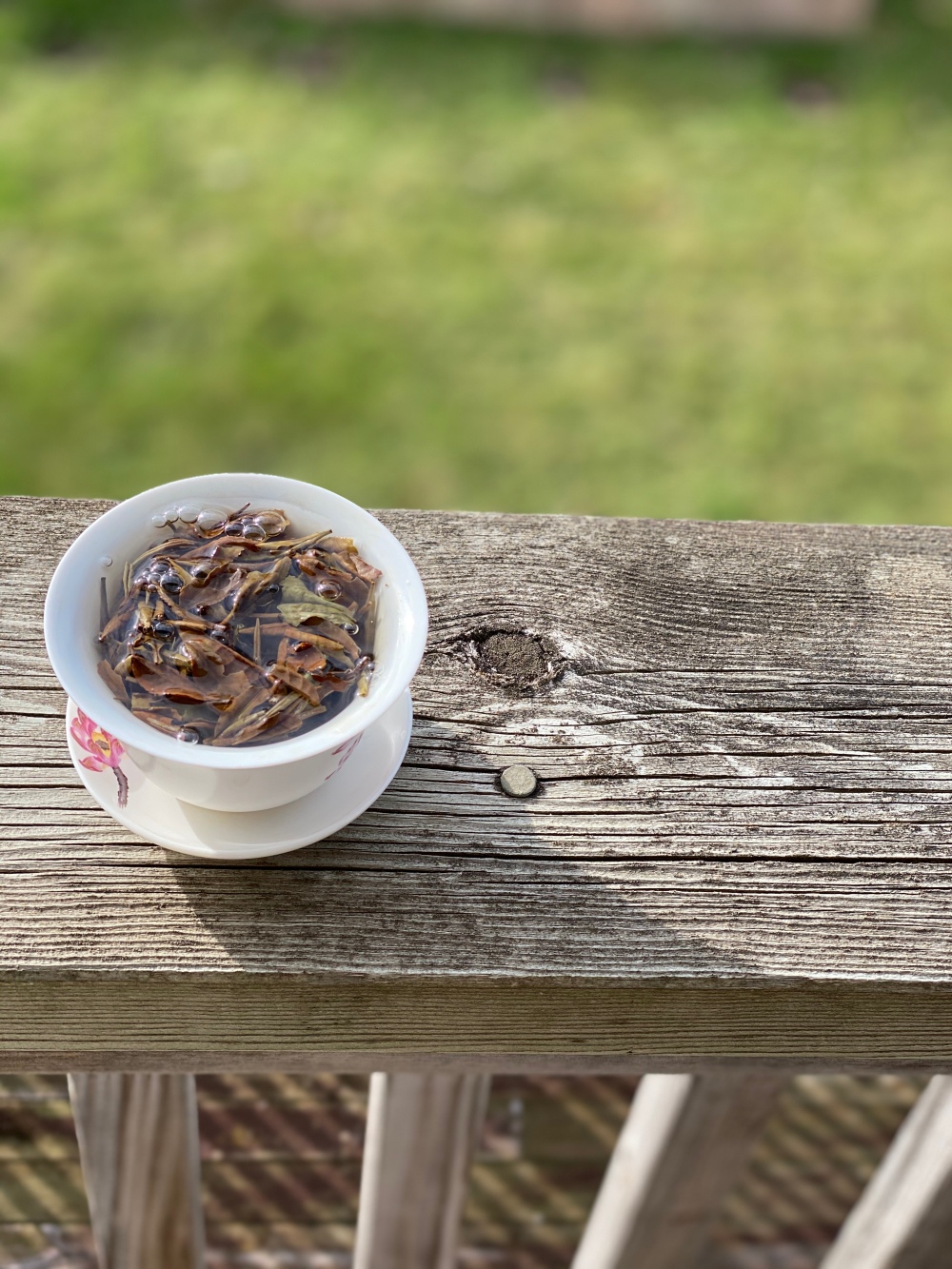 In the same way, I drank this tea not expecting much out of it, I may have even been slightly expecting to be disappointed but instead was surprised. I walked away at first, but I could not ever go back to thinking the same way I did about white teas. I had to admit to myself I was wrong and that I actually liked this tea and that I had to go back and get me a bag… and then after that, i had to accept the fact that… I had to go back again and get me the big bag!!

Camellia’s Treaty (art. 4) Learn to identify when you are the dividing factor between you and another person or another thing (like a tea, or activity, or anything really). Admit when you are the one creating walls, believing false claims or writing imagined grievances. It won’t change the world, but it’ll enhance your experience of it and free your roots to grow deeper, and stronger into the soil of life where wisdom is found. 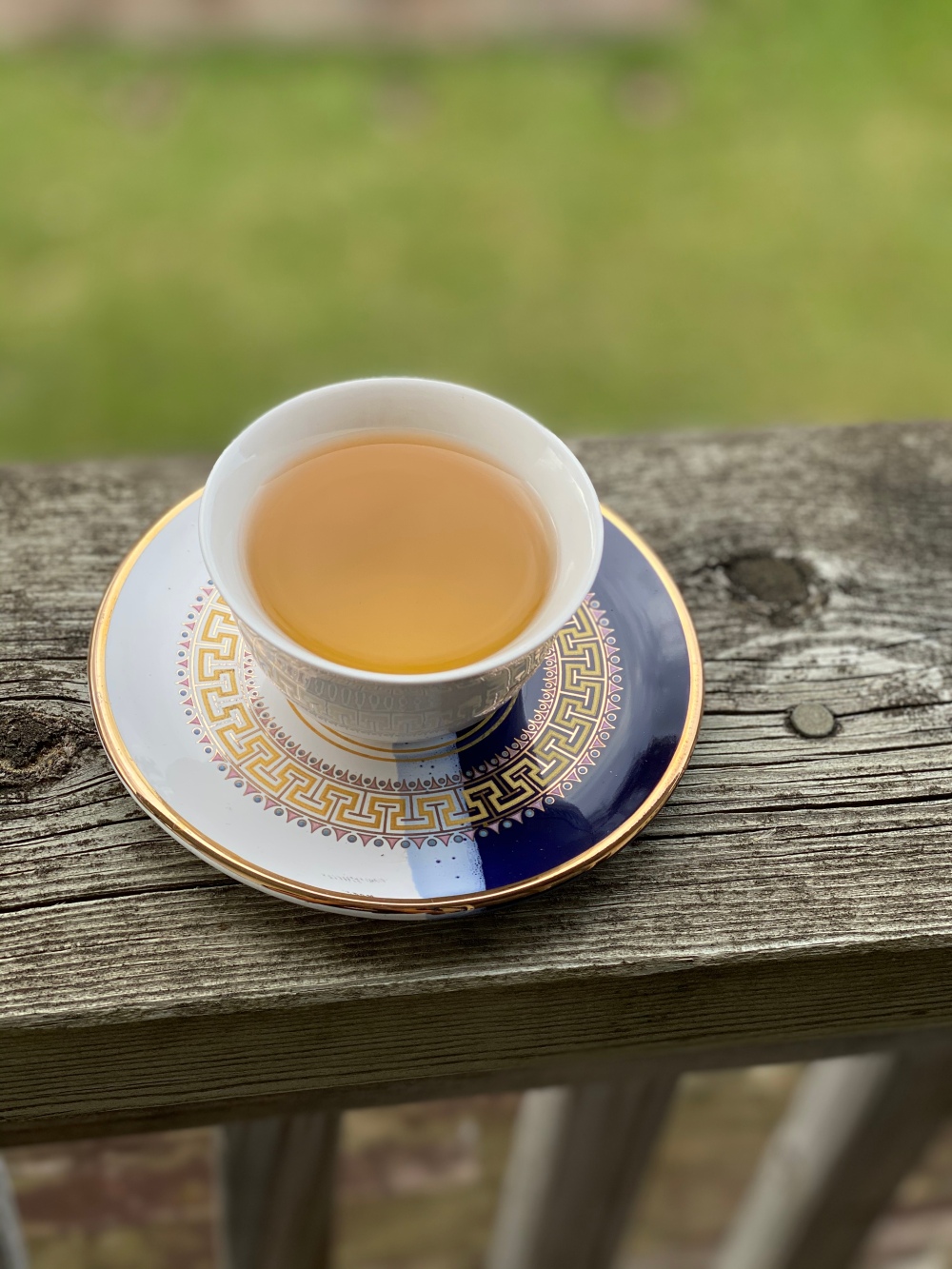 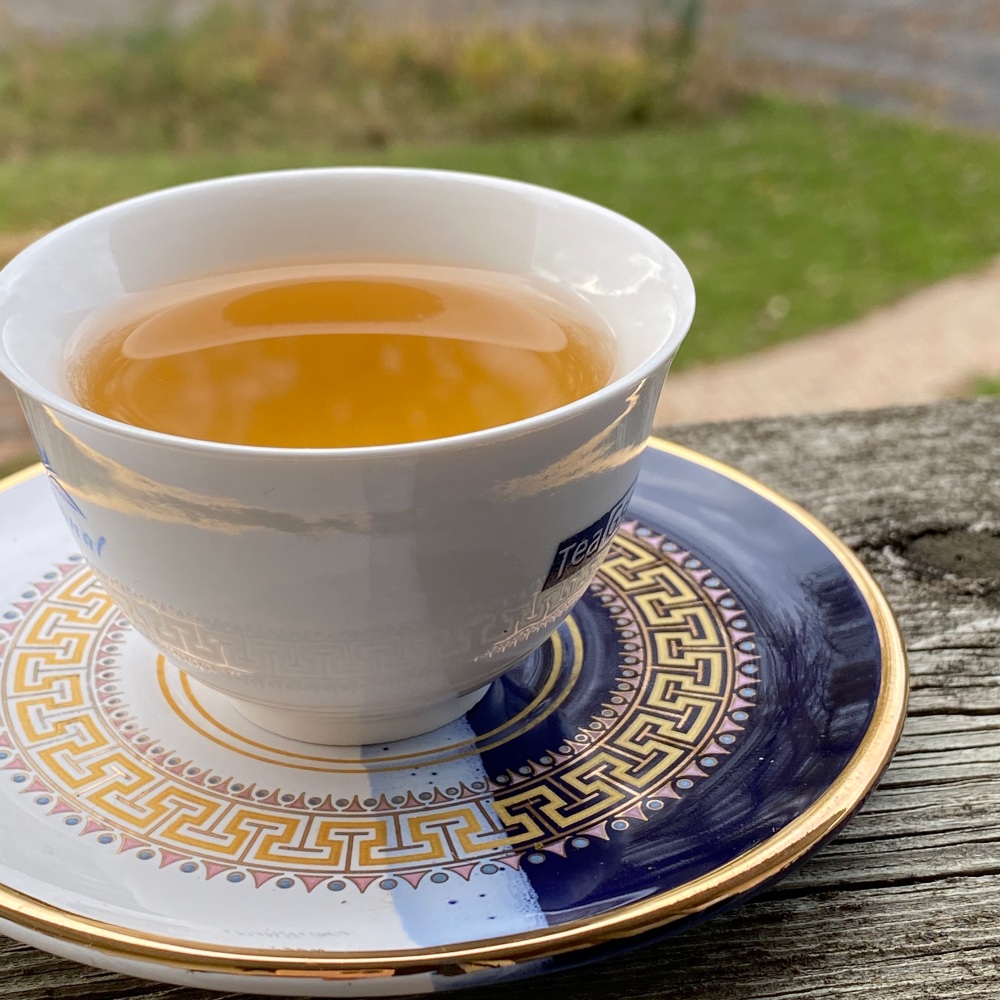 3 thoughts on “The Tea That Enlightened Me”